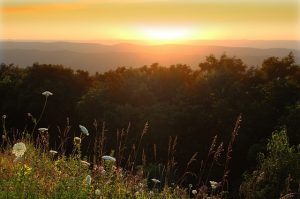 Although post-pandemic increases in the number of hikers in national parks were expected, the ensuing campsite shortages were exposed as due to no-show reservations. As a remedy for what seemed to be a lack of capacity to simultaneously accommodate both campers and day-trippers, officials of the Shenandoah National Park have decided to put in place a technology that will serve as direct communication line between campground operators and visitors.

How Does the Shenandoah National Park Alert System Work?

This week, the Shenandoah National Park (SNP) officials announced the launching of an app for the park’s new alert system. Hikers must subscribe in order to receive notifications, not only about campsite availability, but also about hiking  hazards and closure decisions within the park.

SNP officials say the new notification and alert system aims to make visiting the national park a more enjoyable experience rather than a stressful occurrence for hikers.

Subscribers will receive messages on weekend afternoons, providing details about the number of first-come, first-serve campsites still available in the park. When the last available campsite has been claimed, subscribers to the SNP alert system will receive a final notification that campground usage have already reached full capacity.

Although hikers can physically claim available first come, first serve campsites, they can be difficult to snag because many of them have been booked for camping reservations as early as 6 months in advance. In not having an up to date tally of the number of grounds still up for grabs, many hikers arriving to make camp at the site had to be turned away.